African public and private investors plan to finance highways, hydro-power dams and other infrastructure through a continent-wide fund that puts hard cash behind the goal of a more united Africa. African ministers officially launched the Pan African Infrastructure Development Fund late on Sunday at an African Union summit in Ghana that is debating how to speed up integration of the world’s poorest continent.

“This is a fund by Africans for the benefit of Africans,” South African Foreign Minister Nkosazana Dlamini-Zuma said. Her Ghanaian counterpart, Nana Akufo Addo, said the home-grown initiative was a break from the tradition of African states “holding their hands out for alms” from the world. The fund’s Chief Executive, Tshepo Mahloele, said mostly South African public and private investors, including banks and pension funds, had already committed $625 million to the first long-term equity fund of its kind in Africa. “The goal of the fund is to raise $1.2 billion,” he added.

The fund, whose start-up investors include the South African government-owned Public Investment Corporation (PIC) and Ghana’s Social Security and National Insurance Trust (SSNIT), was now looking for more investors and financing partners inside and outside the continent.

“We’ve got a lot of international interest. We’ve got the Singaporean pension funds looking, we’ve scheduled engagements with American institutions, and also some of the regular development finance institutions,” he said. “We have set ourselves the next 12 months to get to the $1.2 billion,” Mahloele added, saying the funds had made a point of obtaining its initial commitments from African institutions. “It is unlikely that we will get anyone to invest on the continent unless Africans start investing themselves” he said.

Mahloele said the fund, which was based in South Africa but would open offices in the main geographical regions of the continent, had more than 19 possible infrastructure deals in the pipeline.

Some of the projects under consideration included: an airport in West Africa, a toll road in Nigeria, a gas scheme in Namibia, a satellite covering the whole of Sub-Saharan Africa and an investment in the massive Inga hydro-electric dam in the Democratic Republic of Congo. “Of our five top projects, what we call our A list, we’re sure that we should be able to close two within the next 12 to 18 months,” Mahloele said. Countries such as Namibia, Kenya, Nigeria, Botswana and Tanzania, were looking at amending their legislation and regulations to allow national pension funds to invest abroad so they could join the initiative.

Mahloele said the time was ripe for the launch of such an investment vehicle, allowing African pension funds to invest resources on their own continent and contribute to easing the region’s huge infrastructure deficit, which was hampering development.

Zimbabwe’s leader Robert Mugabe, under fire at home over a crumbling economy, said on Sunday that Africa needed to get its act together and warned that no amount of external aid would lift it out of its quagmire.

“To tell you the truth, until and unless we put our act together, organise and start pulling our resources together, we will never ever prosper from any aid from any source outside Africa,” he told a rally on the fringes of the summit.

About a thousand placard and flag waving Ghananians, many sporting t-shirts with the portrait of the 83-year old Mugabe, attended the rally at Kwameh Nkrumah Memorial Park in the Ghanian capital. “We must unite, not just politically but economically,” he told a cheering crowd in the city hosting a twice yearly meeting of African heads of state. “Although there is the umbrella of unity, but within this unity we are not united,” he said. – Reuters, Sapa-AFP. 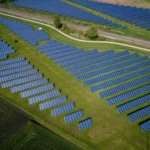 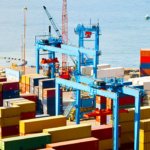