Designed to help improve and develop ports, roads and rail in the world’s poorest continent, the Pan African Infrastructure Development Fund (PAIDF) was officially launched in July. It hopes to attract $20 billion over its 15-year lifespan.

“We’ve had preliminary discussions with institutions like Calpers (the California Public Employees’ Retirement Fund, the biggest U.S. pension fund) … We’ve told them about this fund. They are interested,” Chief Executive Tshepo Mahloele said.

In an interview with Reuters, Mahloele said Dutch development finance institution FMO and global financial group Credit Suisse had also shown interest in the fund, which wants to double its capital base to $1.2 billion by next year. “We are fairly confident of raising the money. There’s a lot of interest” Mahloele said. “We’ve got invitations to go to London, meet with investment banks, meet with some of their hedge funds, who want exposure to this type of fund.”

Mahloele said the PAIDF was targeting “well above” a 15 percent investment return in U.S. Dollar terms, as the fund screened projects in energy, telecommunications, water and sanitation and transport. He said current market volatility and regulatory concerns in some countries could present a short-term fundraising challenge for the PAIDF, which will close in 2022.

The fund was currently considering 21 possible projects across the continent, amounting to approximately $10.2 billion, he said, adding that two transport projects in east and west Africa and a southern Africa telecommunications project were likely to be the first projects funded within the next year. 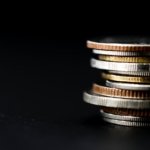